For Sons of Helaman Warriors who want to join in ADVENTURING GAMES to INCREASE their MANPOWER skills and earn REWARDS to incentify and increase their momentum!

Battle and Strategize with a group of fellow SofH Warriors!

JOIN THE "KNIGHTS of HONOR" TODAY

PARENTS:
What would it be like to know your son was playing a game that makes him smarter, builds self confidence, and also motivates him toward successes in his Sons of Helaman training?

Now your Warrior can receive the time-tested successful training SofH offers with INCREASED MOTIVATION to work on and complete his personal MANPOWER Goals!

Each week YOUR efforts have the potential to enhance your abilities, give you advantage, and increase your interaction in the game.

In KNIGHTS of HONOR you will learn...

Register For KNIGHTS OF HONOR

How Does Knights of Honor work? For Sons of Helaman Warriors

Register for knights of honor 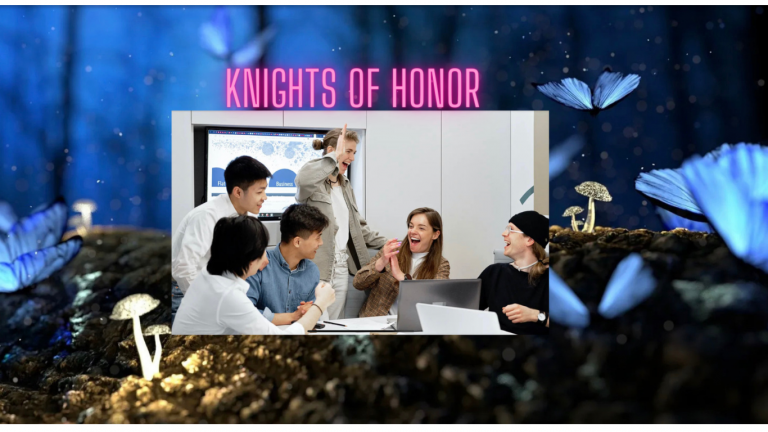 Additional Information & Details You May Want to Know

Introduction to Knights of Honor - Note from our Director

We have been working very hard to find new and better ways to defeat the Adversary, and when possible, use his own weapons against him.  A common tool Satan has used to pull our young warriors from the Battle Field of Life is to pull them into the artificial world of gaming.

What if we could use the world of gaming to empower the young warriors to win battles in the Real World?

After many years of pondering, we have discovered a way to bring this to your young warriors.

So what’s the Game?

When you read a novel you enjoy getting to know the characters and the mystery of the story. In an adventure game, a skilled storyteller will draw from his mind an adventure, and then using the basic rules of other well known adventure games, emerges: “Knights of Honor”.  The work behind this game/training tool comes from KC Broadhead, one of our fine Personal Warrior Trainers.

One of our finest warriors, KC Broadhead has been diligently working on this problem for some time.  He has taken what was once thought of as a distraction or derailing tool of Satan – adventure games – and turned it into an edifying and powerful system of developing brotherhood and motivation for those who love this kind of game.

In this game your Warrior will be one of the main characters of a jaw dropping story. Your Warrior will make a character with the help of KC that will impact the story as one of its main protagonists (heroes). Together with the aid of other Warriors, your Warrior and his “party” will seek to unravel a mystery to bring about the good of the people of the fantasy world Fandrian. KC will function as the Game Master or GM, or for lack of a better way to describe it, the creator of the “world” and other characters as well as villains they will meet along their journey.

What would it be like to know your son was playing a game that makes him smarter, builds self confidence, and also motivates him toward successes in his Sons of Helaman training?

Now your Warrior can receive the time-tested successful training SofH offers and increased motivation to do so.  Each week his efforts have the potential to enhance his abilities, give him advantage, increase his interaction in the game.  Often the brain responds to an extrinsic reward which enhances our ability to get to the last intrinsic rewards we desire.

There are a lot of, surprising, real-life benefits to playing Adventuring Games

Please read more details below on how he, with a great deal of inspiration and pondering, has pulled off this Miracle!

Details of the Game - Note from the Creator

Introducing Knights of Honor!  In our day and age, we find ourselves gaining motivation from micro rewards that can come from an achievement in a video game or likes on social media. By giving rewards for each Goal of MANPWR, Perfect Weeks, and Milestone Rewards that are used in an exciting game every week we hope to elicit this same motivation to achieve goals and win battles in the real world!

When I first went through the Sons of Helaman program for the in-person groups there was a system that if enough people in the group had done well enough on their MANPWR we would all get a reward.

We now want to offer something similar as a rewards system.

I want to share with you this new game concept that uses the power of a reward system in an Edifying and Uplifting version of a game that is like the old adventure game called Dungeons and Dragons:

Dungeons – Satan is motivated to steal our agency and rule over us. Nothing makes a son of God more miserable than the loss of his agency. Satan is a war strategist who understands how to use our mortal natural desires to steal our agency.  He preys upon those who fought for their agency in the premortal realms by standing for the Savior who championed Heavenly Father’s plan

Each week the warriors are asked why they fight and why they don’t give up.  We each need many strategies to win our battles.  A strategy to increase motivation in the Real Life Battle for Self-Mastery can include a rewards system connected to the power of connection, creation, creativity and cognitive functioning.

Some parents have felt some concerns about Adventuring Games.

Let’s put your mind at rest:

That’s Amazing! So how does it help my Warrior get their MANPWR done and not lose battles, you ask?

For every MANPWR goal your warrior completes in real life, they will receive money and magical items in the game. And for every lost battle in real life, your Warrior will lose things or their character will receive things that are a detriment to them and how they are able to function. There are also rewards for perfect weeks, for Milestone perfect streaks like 4, 8 and 12 weeks and for attending their weekly group meeting and PWT appointments.

Great! Will there be anything I won’t agree with as a parent?

The story will have moments of battle but will be more story driven. Swearing will not be a part of this, nor will anything sexual of any kind. If you have any additional questions or concerns about things you are welcome to contact KC at kccb975@gmail.com.

So Wonderful! Thank you! Will this help my Warrior with anything else?

By communicating with their fellow Warriors to figure out problems and deal with social issues, your Warrior will build comradery with his party of fellow adventurers, learn to better socialize and communicate, and build his creativity. Your Warrior will also be able to add things they struggle with in their everyday life to their character and their personality to be able to simulate them in a safe environment.

Get started now by clicking on any registration button on this page.

We are so excited to see you in our next Game Session!

Yours in the Fight!

Register for Knights OF HONOR Today!