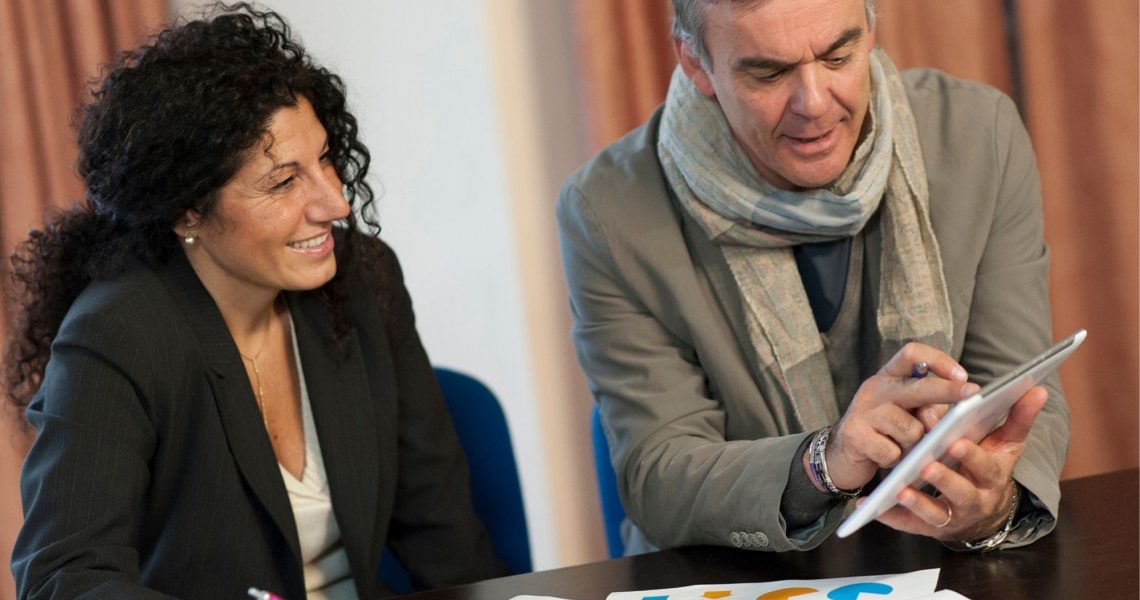 “You bring that up every time we talk about this. That’s stupid and we are not writing that down, I told you that already!” – A man who isn’t creating safety for his wife.

My wife and I decided we wanted to sit down and write down our reason why we were moving forward with our business that we had been running for two years. We realized that any great company has its “why” figured out and that is clearly known by those who it does business with.

After we’d gotten out our computer and opened a shared Google Doc, we were ready to write out our why, vision, mission, and values. We were about to become official and actually be able to serve people from a strong position of service rather than “just cuz”.

I was hesitant, though, and I couldn’t exactly put it into words if you had asked me to. We had attempted this before, several other times. Why would clarifying our why as a couple be something I was opposed to? It could only help. Whatever. I decided to throw that feeling to the side so that I could focus.

We started by going through what was most important to us, what long term goals we wanted to accomplish, and why we originally started our business. As we talked, I got more and more irritated.

I started cutting my wife off. I wasn’t hearing her out.

When she made a suggestion of something to write down, I said things like, “Well, that might work, but not in this context,” or, “You bring that up every time we talk about this. That’s stupid and we are not writing that down, I told you that already!” I was acting rudely and was not at all cooperative.

She had been patient to that point, but that last statement was enough to push her over the edge.

Since I was already there, it wasn’t long until we were being sarcastic, blaming the other for having evil motives, and nit picking every word that was said. “No, I didn’t say ‘I want to,’, my exact words were that I could if I wanted to…” Blah blah blah. You’ve probably been there. 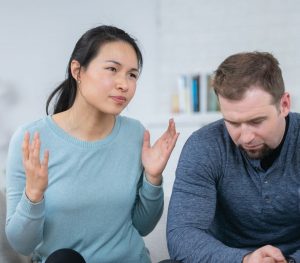 What I didn’t know was going on was the underlying demons and booby traps (read beliefs and assumptions) from which this conversation started from. The reason I started the conversation hesitantly is because the last time we had this conversation, I felt like she was pushing her ideas too strongly on me and that she was trying to micromanage me.

She was hesitant going into the conversation because she felt like we needed to have everything solved about this topic at the end of our planned hour and if we didn’t, then something was wrong with us.

None of the above is true.

You know the scripture that you have probably heard your bishop quote before, “Be ye angry, and sin not: let not the sun go down upon your wrath:” (Ephesians 4:26)? When I first read that, I thought that meant that I couldn’t be angry when going to bed and that everything had to be resolved before bed time. I carried that belief with me for years, and preached it whenever I could.

Boy, was I wrong. I now understand that it means something completely different. Let me share what I learned from Maurice Harker in a few, mindset shifting thoughts.

First, watch this video with Henry B.Eyring: https://www.youtube.com/watch?v=l8tccvnKEy0. He mentions the prophet saying that he sensed someone was still unsettled about what was talked about and he would like to bring up the topic at a later time.

Remember, we are in this life and in our marriages for the long haul. Often, taking time will allow you to have more experiences and thoughts that will illuminate a far better solution.

During the above mentioned “conversation” with my wife, we were very good at talking over each other and getting more and more heated. John Gottman instituted an awesome idea with his clients where they would wear a heart rate monitor on their finger, and if their heart rate got faster than a certain BPM, then no one in the room could talk until the heart rate went down.

In the lingo of the scriptures, we would say that is the point at which the Spirit left because you let yourself get to the point of anger and frustration enough that you would yell, be sarcastic, or cut off your spouse.

My wife and I had neglected to stop talking when we felt heated. When you feel heated, wait to talk until you have the Spirit back. Have comfort touch with each other while sitting in silence, if you can muster the courage; hold hands, place a hand on her knee, etc. And pray in your heart, or, preferably, out loud together, if you can, until the spirit of God has returned. Don’t talk until then. I’m serious.

My wife and I went in to the conversation with the wrong intentions. We both wanted to be heard and get our point across. As you saw in the video above with Elder Eyring, in order to get the best solution out of a conversation, neither party can be “[seeking] her own” (1 Corinthians 13:5). The intent would need to be to come up with the best solution, not your solution. This often requires time, multiple conversations, and an open and willingness to any idea.

Consider Moses when he got to the red sea with the Israelites – their options at that position were to jump in the water and drown, turn to either side and get lost in the desert and likely overtaken by the oncoming Egyptians, or run back to the Egyptians to either be killed or enslaved again. Not very good options.

But the Lord’s ways are not our ways. He doesn’t play by our inadequate rules of how things go. The Lord parted the waters for Moses and His people. That sounds like a better solution than what you or I, or Moses for that matter, could have come up with!

It’s the same thing with your marriage: your solution, without God’s intervention, will always come up short of what is actually possible.

Lesson #3: Intend to find the best solution, not your solution (1 Corinthians 13:5)

If you get caught up in trying to push your idea, then selfishness will abound and the spirit of the Lord will depart and you have chosen to be sifted as wheat by the Devil himself.

If you use your faith to put these 3 things into action in an attempt to counsel with your wife instead of arguing and going only downhill, and then use your faith to draw down on the powers of heaven so that God will consecrate your actions, then I promise you, God will work miracles in your marriage and you and your spouse will become very skilled at feeling peace without a full resolution of the topic, talking and listening with the spirit, and finding the best solution that will be of Red Sea parting magnitude!

Click HERE for more information about the Men’s Marriage Repair Workshop. Or call our office at 1-877-437-6877.

PrevPreviousThe Worth of a Woman
NextThe 4 Square Listening ToolNext